Why React Native can be a good option for Android Development

React Native is a framework known for reducing development time and improving performance across platforms that helps reduce costs and go live faster.

React Native is a framework created by Facebook, and it is known for reducing development time and improving performance across platforms - all while keeping your code base maintainable with JavaScript.

Mainframes were once a thing of the past, but app creators can now use React Native to create fully functional apps on Android and iOS platforms. This helps save time because it's one code base that works for both platforms. It has become the go-to choice for many companies since you can now focus your resources on developing new features across all devices instead of hiring two separate teams.

Why should you use React Native for mobile app development?

As we mentioned above, React Native is an excellent framework for creating apps for both Android and iOS platforms. Here are a few reasons why you should consider using it:

React Native is one of the most popular frameworks for building native apps. It uses JavaScript with an interface library and APIs written to build up base code, which then runs equally well on both iOS and Android devices without any performance difference from when you're using only web technologies such as HTML5 & CSS3.

React can enable you to build a better mobile application with all its native functionalities. This reduces the time and money spent on developing your app, which gives it an edge over competitors that need more development hours before they're ready for launch.

This faster turnaround will help get your business ahead of others in this industry by giving them less opportunity cost from waiting too long between phases or stages within their lifecycle process.

With one codebase technique, you don't have to hire separate developers for apps on iOS and Android devices.

The idea of cross-platform mobile app development is that you can reuse the written code for both iOS and Android apps. React Native also follows this same principle. It follows the notion write once and launch everywhere.

This means developers don't have to build separate designs for different platforms. Plus, if a company has an existing web app, it can use most of its code and modify what they need to make mobile apps instead.

Code in a familiar language

React Native is a great way for developers already familiar with JavaScript and React to develop apps without any extra learning necessary. The platform uses HTML5 so that it will work on both desktop browsers as well smartphones, tablets, and other devices.

Facebook experimented to see if React Native would work for their platform. This helped developers build a great app and prove it can be done.

The React Native Facebook app is so close to a native mobile experience that you might not even know the difference. With its open-source nature, more companies are developing apps with this framework than ever - including Instagram and Skype.

With React Native, you don't have to worry about cross-platform compatibility because its simplified binding strategy means that one change affects all objects in your codebase. This makes for a more stable and reliable application than other methods.

Whether you're building a new mobile app from scratch or adding some features to an existing native application, React Native is great for both. It also makes adding views and screens to your project easy and seamless.

If you want to add some extra features to your app with third-party plugins, there's no need to worry. React Native provides both native modules and JavaScript ones, which makes it easy to implement.

Hot reloading is an excellent technique for making code changes in an application without having to stop and restart the program. With hot reloading, you can work with your updates live while they're being applied, saving time.

React Native provides pre-built, declarative components such as buttons and sliders so your app can have a unique UI. You could also use TouchableNativeFeedback or Opacity for making custom ones.

With React Native, you can enjoy the help of an active community in developing your app. Developers from Facebook and many companies support it, so there's no doubt about its relevance even when talking about the next generations.

What are the pros and cons of React Native?

We can mention the following cons:

However, there are many pros to using React Native:

Is React Native good for your project?

The future of app development seems to be with reactjs. Although there are some drawbacks, such as complexity and learning curve for beginners, if you consider all the pros outweighing them, then it's clear this will only help your business grow.

This language can help you develop for both iOS and Android simultaneously. It also reduces the codebase by about 95%, which enables you to save time and money. Plus, you can speed up the development since many open-source libraries have pre-built components. All of this means that you will spend less time testing.

If you're looking to build mobile applications with React Native, you can be sure that you will enjoy a smooth and responsive user interface while reducing the load time.

A React programmer will be able to build applications faster and cheaper than building native ones. All of this without compromising quality and functionality. Plus, bug fixing is also easier on all platforms.

Finally, reactjs devtools lets you incorporate third-party plugins and APIs, such as payment systems and maps. 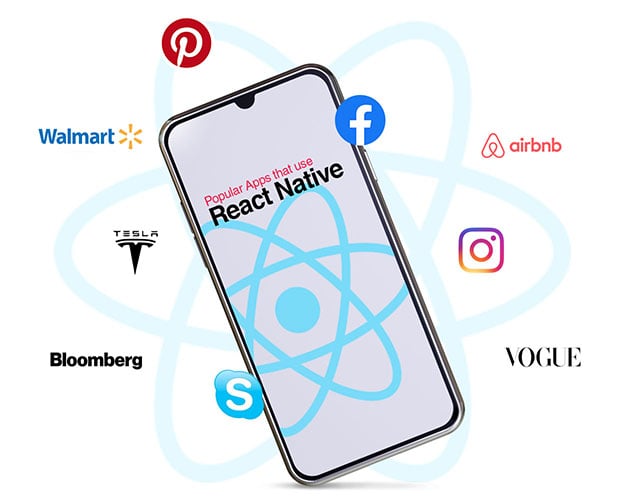 React Native is a great option for creating cross-platform apps that offer the look and feel of native applications. It uses JavaScript components built on iOS or Android technology, so it can be reused to build an app once instead of having different versions depending upon which platform you want your product/service available in.

The development time saved by using this framework will have developers happy because they won't need as much expertise when building out their projects due to its ability to allow them greater customization options without compromising quality with each new build - making maintenance way easier than some other platforms out there where users must constantly update plugins every few months if not weeks.

React Native is a framework that makes it easy for developers to develop mobile apps. This means you can use your website technology and create an app with only React JavaScript, which will save time because these languages are pretty simple compared with other options, like Java or Objective C. You also get access to great community resources making this tool even more helpful than before - not bad, right?

React Native offers a variety of features to help you build your app faster. You can even reload it without compiling or restarting; just press play and see how things go! You can build and test your app quickly without ever having to leave the comfort of your laptop or desktop.

This means less time spent waiting for tests that never come back as well-optimized codebase, meaning faster load times, leading people to use our products more often because they're frustration-free experiences from start until finish.

Contact us at Inisoft if you want to know more about how React Native can be a great choice for your project and how you can find the perfect developer. Schedule a meeting with us.

Know the benefits of outsourcing software development in LATAM

By its budget flexibility and other benefits, outsourcing software development in LATAM has proven to lead to great results in the tech industry.

10 qualities to look in UX designers

UX designers play a very important role in many projects today. Here we give you 10 qualities to look for when augmenting your team.

Angular vs React: which one is better?

The decision between Angular and React is not easy but in the end, it all comes down to your project’s requirements.